← Work in progress : The Last Train in Katanga
Mariophany → 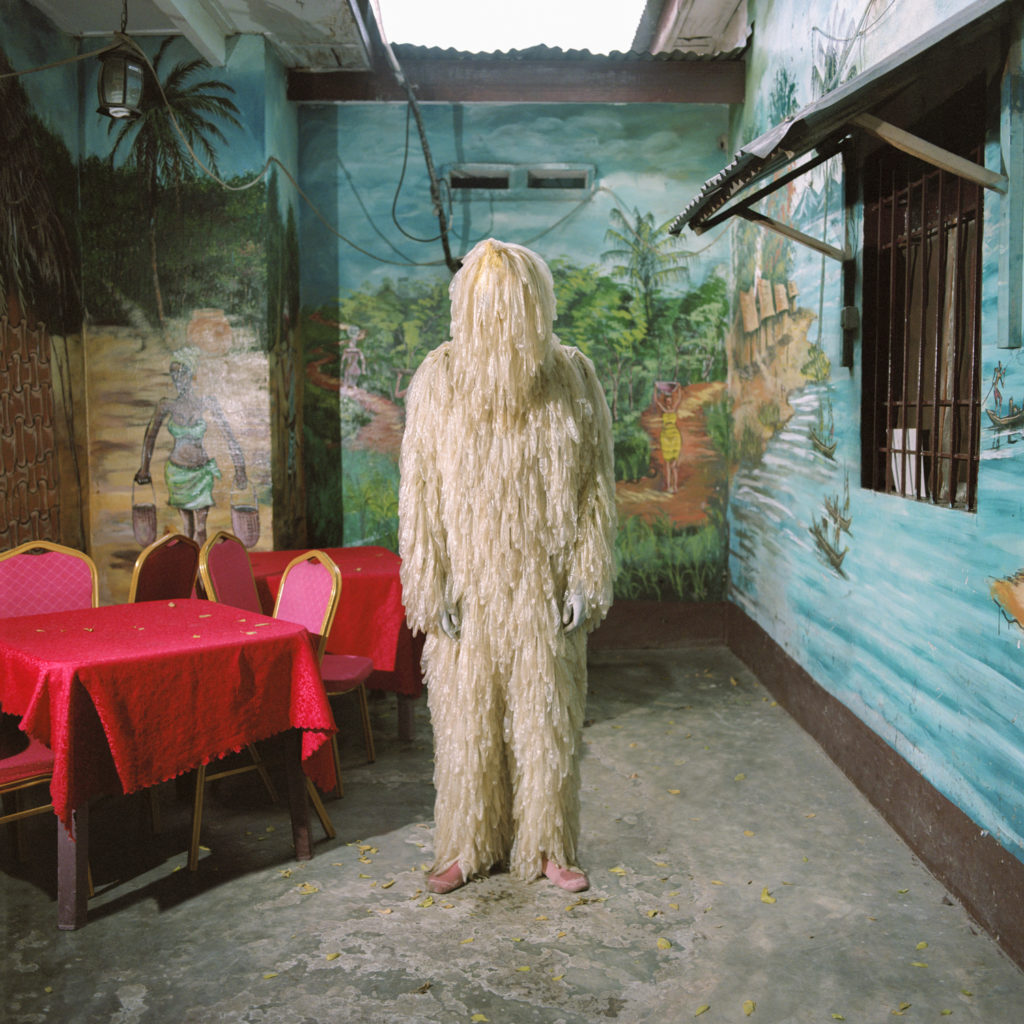 On Kinshasa’s streets – third biggest city of the continent, artists raise awareness among citizens about the challenges the Congolese capital city is facing. In an increasingly degraded environment, these artists question the profusion of consumption goods and rubbish, recycle them into costumes. Gathered in a collective, they perform in the street, condemning societal issues: lack to healthcare, pollution, deforestation and overconsumption. By mixing urban culture and performances, they initiate a dialogue with the city’s inhabitants.

The demographic explosion of this megalopolis coupled with its inhabitants increasing needs, a global economy and significant appetite for single-use plastic have led to massive import of consumption goods, generating an environmental havoc. The consequences in numbers are alarming: 13 million inhabitants generate a volume of 7000 tonnes of waste each day. Poor neighbourhoods are the most hardly stricken and inequalities reinforced.

Simple colonial small town with a population of 200,000 by the end of the fifties, the city has become the country’s hub after its independence in the early sixties. Two wars and the permanent insecurity has led millions of people on the roads to Kinshasa. Beyond the urban centre, the capital city is an endless village lacking any kind of infrastructure. The Congolese state is incapable to tackle basic challenges like roads, sewage and electricity.

In these areas, these artists re-embody their city by creating contemporary myths. As for traditional masks, they are archetypes of the main environmental challenges, questioning our modernity. 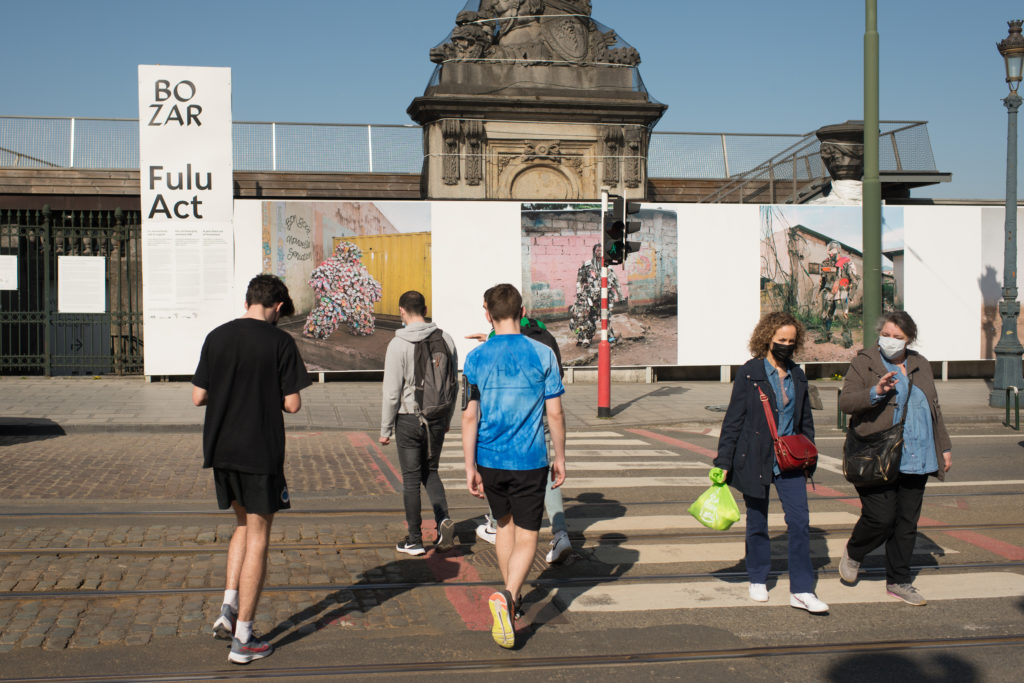 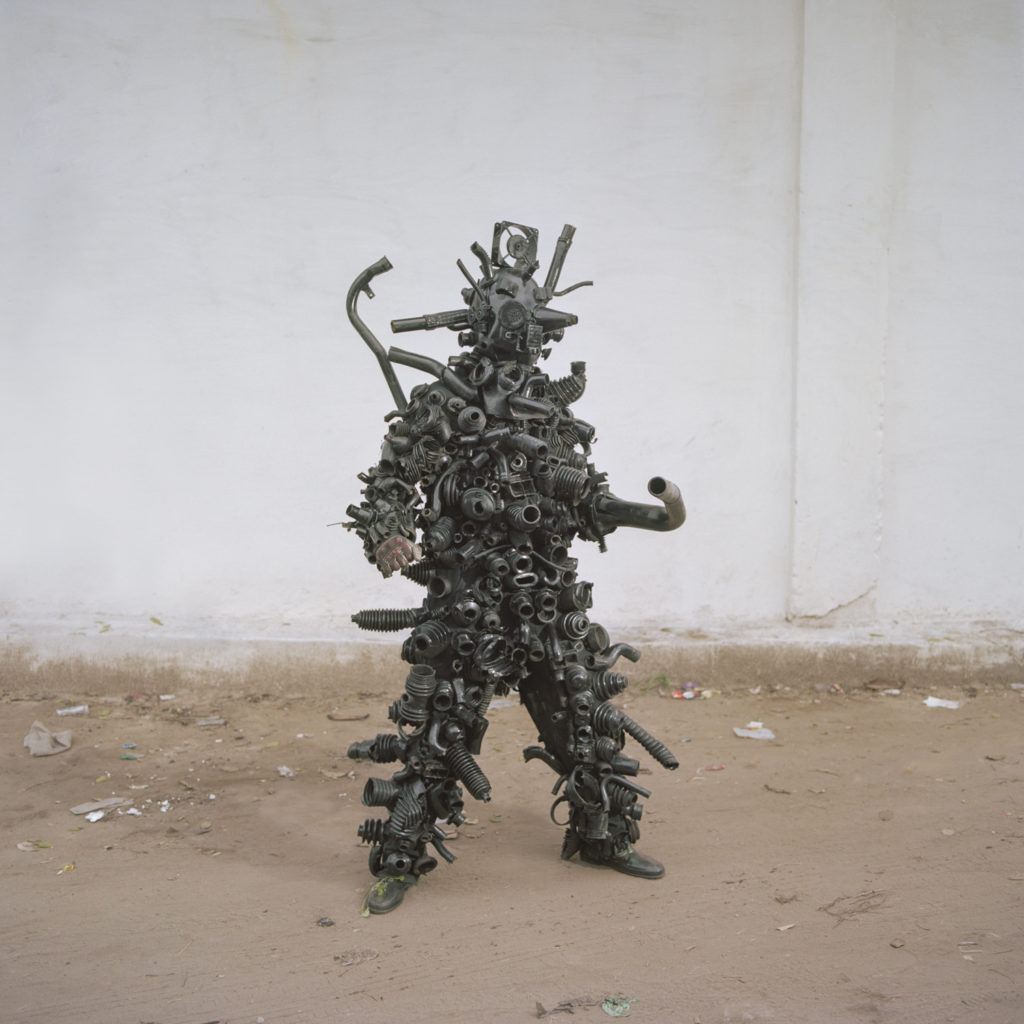 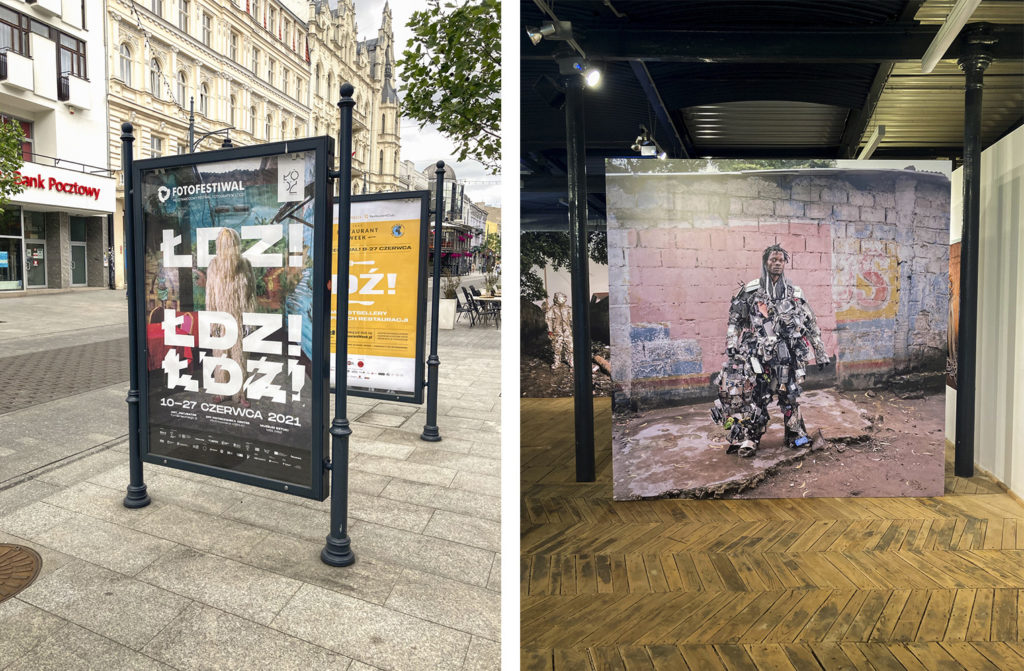 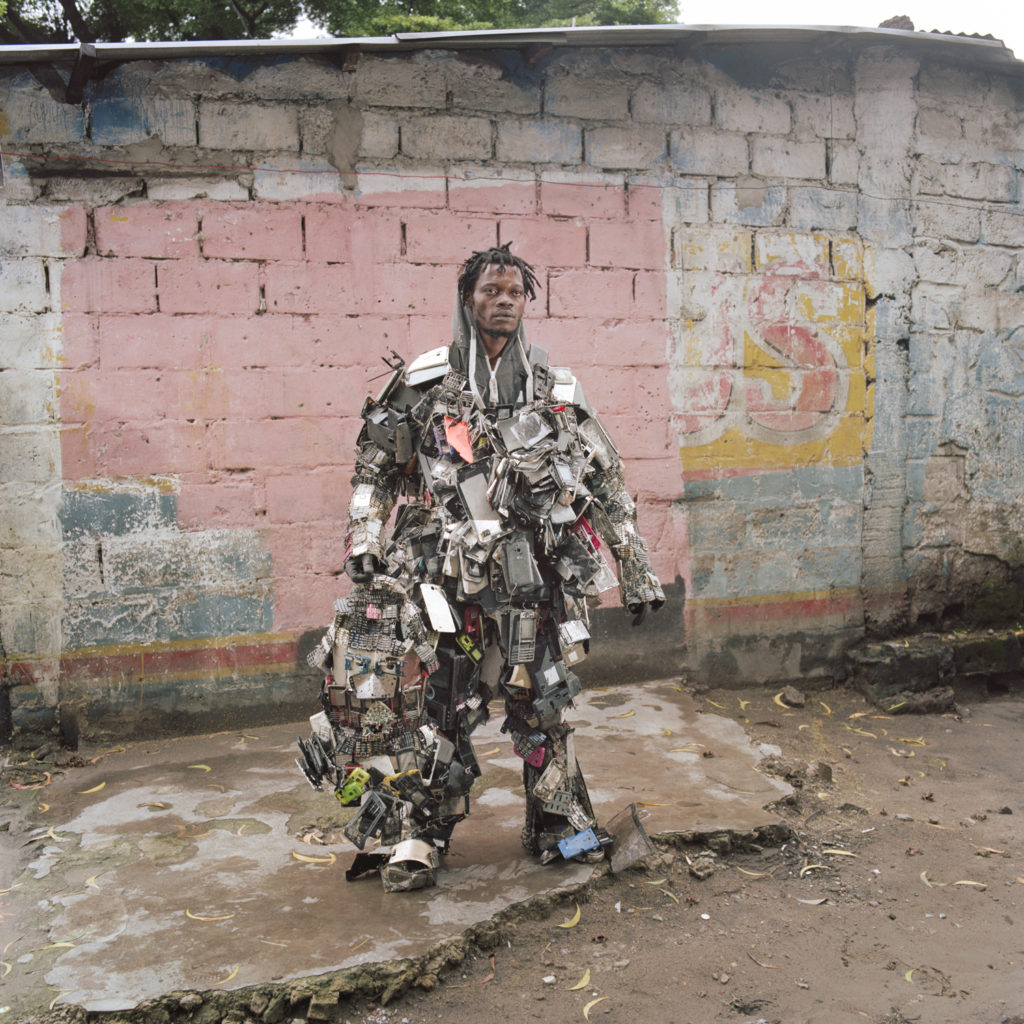